Easter is the name Christians give to the Sunday that celebrates Jesus’ resurrection. East is the direction where the sun rises each morning. The word Easter means dawn, the awakening of a new day. Mary Magdalene discovers Jesus’ tomb empty at dawn.

For Christians Easter is a new day of creation, an eighth day beyond the seven days in the creation story in Genesis, chapter 1. By raising Jesus to new life, God creates a promise of life beyond death and summons us to a future beyond human imagination. At Easter Jesus breathes the spirit of peace upon his followers and sends them forth to continue his healing mission, to be co-creators of new life with him.

In our time science tells Earth’s story as a 13.7 billion year evolution. The Bible’s ancient creation story hints that creation is a process by picturing God creating the world we know over seven days. The scientific creation story begins out of a single, unfurling of energy that we call the Big Bang. Everything that is unfolds from this beginning. We live in one vast, interconnected web of life. We share common ancestry with all that lives on earth. Bacteria, trees and plants, whales and kitties are our kin in one community of life.

The universe story helps us recognize that God the Creator Spirit is the energy in all creation. We live and move and have our being in God, in the Spirit whose image is breath and whose power is giving life.

In Jesus God becomes human, one of us in this community of life. Christian churches celebrate Easter and the new life of Jesus’ resurrection when Earth is awakening to new life in the northern hemisphere. Hills greening from rain, budding trees, and flowering plants testify to the life-giving, creative power of God. His death and resurrection testifies to the life-giving power of Jesus’ love.

Every April 22, people celebrate planet Earth, our home where we live as co-creators of its future with God. Astronauts have brought back photos of Earth in space and of Earth’s thin, blue atmosphere. We human beings live on different continents, in different nations, among different families and cultures, but on one planet that is home to all.

The atmosphere is one reality we share with the whole world. The atmosphere allows no do-over; we have no spare or replacement atmosphere waiting in the wings if we mess this one up. Today the United Nations makes action to combat climate change and its impacts number 13 of its 17 Sustainable Development Goals which member nations commit to achieve by 2030. The first three goals are no poverty, zero hunger, good health and well being.

We humans are the life forms that have most to do with messing up Earth’s life systems. The people of the United States have the largest carbon footprint of any country on the planet. The U.S. owes a carbon debt to the rest of the world. We all can do our part to pay off our carbon debt, to care for our neighbors around the world.

1,800 high school kids in Buffalo, Minnesota, threw their cans and bottles into the garbage every day. They had no other option.

This problem came up for discussion in science teacher Charlie Keifenheim’s Environmental Studies group. The group decided to act.

The teens refurbished old garbage bins for recycle bins, repainting them and stenciling in the recycle logo. A key strategy was placing the 16 recycle bins right next to the 16 garbage bins scattered around the school. “People weren’t going to go out of their way to recycle,” says Zack Schmitz. “It had to be convenient.”

Teens needing volunteer hours for National Honor Society empty the bins. Twice a week they collect enough bottles and cans to fill three 55-gallon garbage cans, which are then collected by the local sanitation company for recycling.

“We were talking about all the environmental problems in the world and saw something that we could do right here,” adds James Calder.

Pay Off Your Carbon Debt and Fight Global Warming 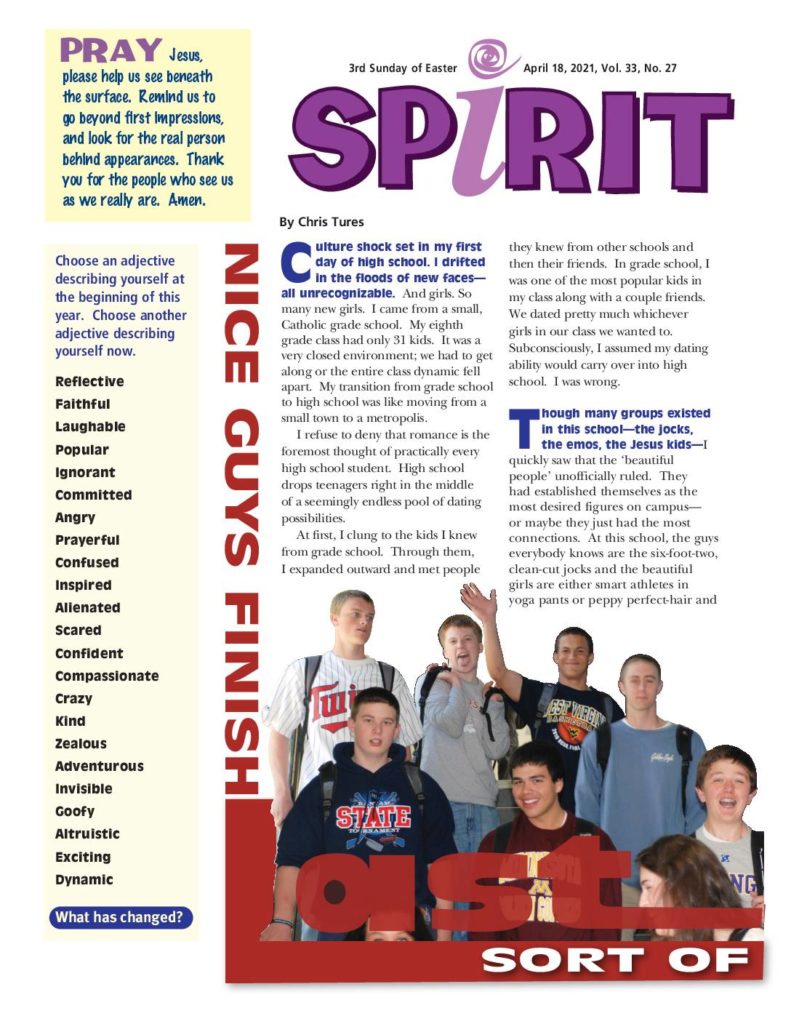